Is contamination of endoscopes really a problem?

It sure is. More nosocomial infection and pseudo-infection outbreaks have been linked to contaminated endoscopes than to any other medical device.1

The results of an investigation conducted by a U.S. Senate committee proves that between 2012 and the spring of 2015, endoscopes caused at least 250 life-threatening infections worldwide, including infections with the superbug carbapenem-resistant enterobacteriaceae.2

Contamination and inadequate cleaning of endoscopes has been recognized as a major patient safety issue by the ECRI - a non-profit US organization focusing on improving patient safety. Therefore, the annual ECRI list of "Top 10 Health Technology Hazards” has included this issue continuously for the past 9 years.3

Routine cleaning procedures do not remove biofilm reliably from endoscope channels.
Therefore, implementation of infection control through microbiological surveillance of endoscope reprocessing is appropriate to detect early colonization and biofilm formation in the endoscope and to prevent contamination and infection in patients after endoscopic procedures.

On March 12, 2015 the U.S. Food and Drug Administration announced new actions to enhance the safety of reusable medical devices and address the possible spread of infectious agents between usages.4, 5, 6

Safety communication on bronchoscopes by FDA

May, 2015:
2-day seminar to address problems with contaminated endoscopes

November, 2016:
Two patients died due to a contaminated bronchoscope in a US facility7

January, 2017:
MDR on contaminated bronchoscopes breaks the record with 183 MDRs reported to FDA in 2016

January, 2018:
MDR on contaminated bronchoscopes breaks a new record with 215 MDRs reported to FDA in 2017

The Joint Commission accredits and certifies nearly 21,000 health care organizations and programs in the United States.

The Joint Commission Standard IC.02.02.01: requires organizations to reduce the risk of infections associated with medical equipment, devices and supplies. Since 2009, there has been a continuous increase in non-compliance with IC.02.02.01 as equipment is improperly high level disinfected (HLD) and sterilized.

Flexible bronchoscopes are difficult to clean and disinfect due to their long, narrow lumens and delicate materials. The question is whether it is possible to ensure 100% disinfection of each scope. Despite following cleaning instructions persistent device contamination has been seen, and failure to meticulously follow cleaning instructions is likely to lead to contaminated scopes.6, 8

Routine cleaning is not enough

The true incidence of cross-contamination and infection during flexible bronchoscopy is likely under-recognized due to underreporting and inadequate or no surveillance.8, 9

Routine cleaning does not effectively remove biofilm from endoscope channels. Biofilm was present in 13 out of 13 endoscopes despite appropriate cleaning procedures being followed in the channels of 12 out of 13 instruments.10

Soil and micro-organisms in suction channels

Electron micrographs of a suction channel that show surface defects.

The biological soil is associated with the defects and is also attached to undamaged areas. 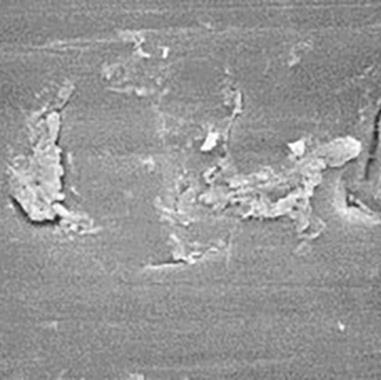 A magnification of one of the defect areas that shows soil and various types of micro-organisms. 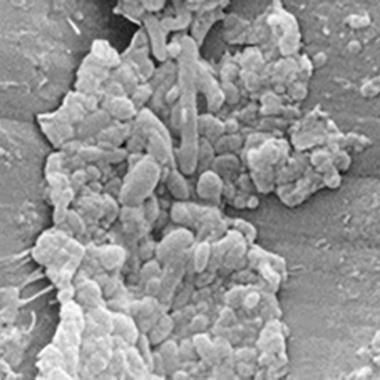 Soil and biofilm in air/water channels

A low-power view showing a confluent layer of soil and biofilm. 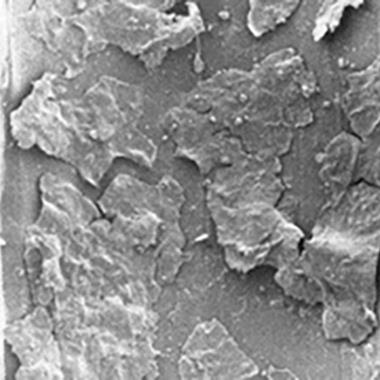 A multilayered biofilm consisting of healthy-looking cells surrounded and overlayed with amorphous-looking exopolysaccharides. 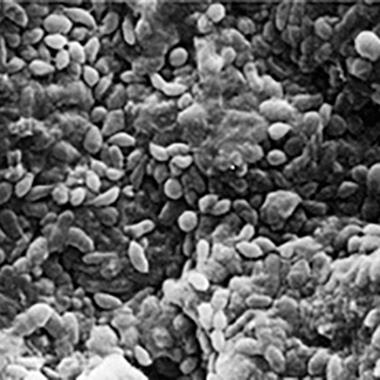 The risk of resistant bacteria strains is increasing

Intensivists, hygiene nurses and others involved in infection control have been aware of the risk of contamination and infection of patients under medical care for many years. The arrival of Multi-Drug Resistant Organisms (MDRO) such as CRE or multidrug resistant Pseudomonas aeruginosa constitutes a new challenge when it come to the risks involved for patients, physicians, hospitals and clinics.

Watch the video that demonstrates how bronchoscopes pose a particular risk of patient to patient cross-contamination.

An independent expert panel, using the Delphi method, revealed a 3,4 % mean risk of cross-contamination from bronchoscopes.11 This is in alignment with findings in another study, where 10 (4%) out of 251 patient-ready bronchoscopes were contaminated despite cleaning.12

*Depending sources, risk of contamination and infections plus cost of VAP.

3,4% risk of a cross-contamination11 times the risk of an infection (calculation based on Kovaleva et al.8) times the cost of a ventilator-associated pneumonia $28.383.11

In a recent Pseudomonas outbreak, the health-care costs directly related to the diagnosis, treatment, and hospitalization of the six affected patients were estimated to be $243.000 or $40.500 per patient.14 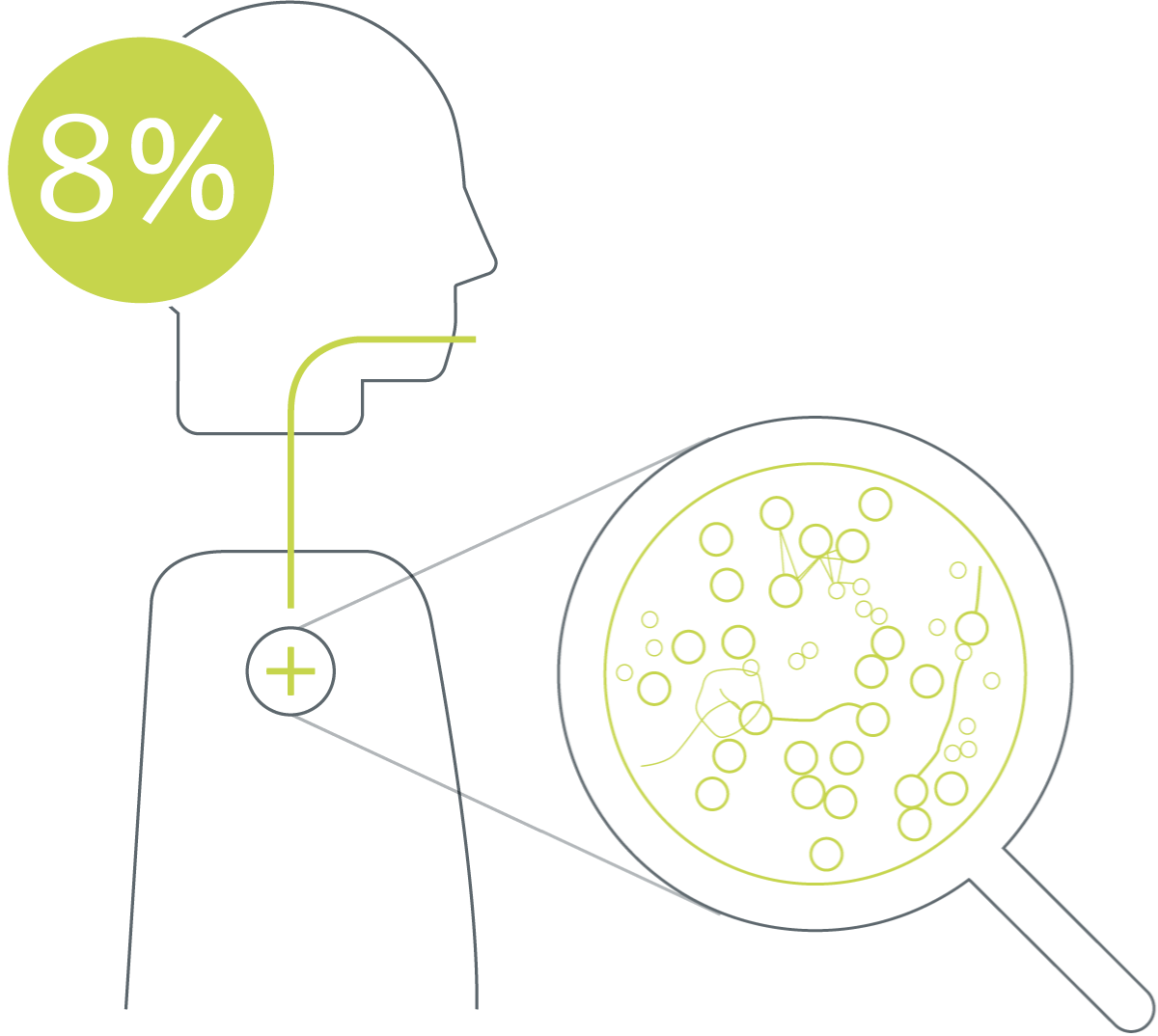 Outbreaks have led physicians to question the safety of bronchoscopy. Endoscopes, including bronchoscopes, are the medical devices most frequently associated with outbreaks of nosocomial infections.15, 16

The risk of cross-infection with multi-resistant microbes in the ICU during bedside bronchoscopy procedures can be significantly reduced by using a sterile single-use bronchoscope.

Do you want to now more? Fill in your contact information in the form and we will contact you.

Looking for a local Ambu representative in your country?
Go to our local distributors page